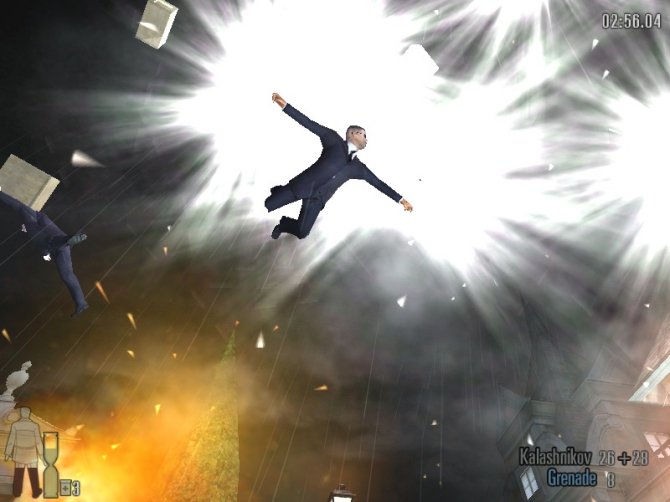 A screenshot from Max Payne 2.  Kind of looks like an angel, no?  Its actually just a dead guy, hooray!