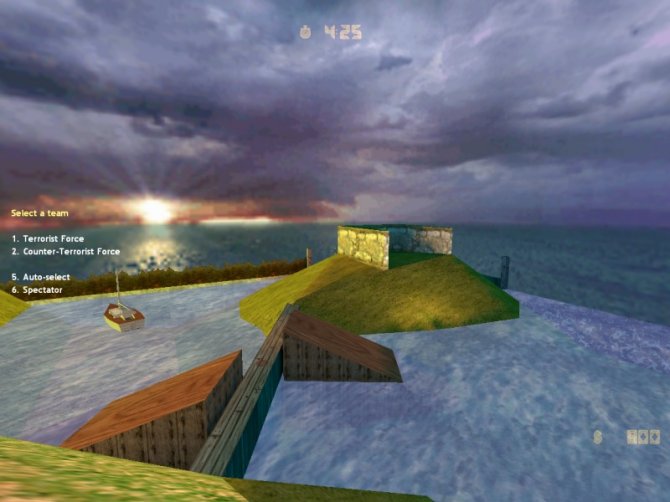 The ramps. They work. One of the big accomplishments on this map was getting the boats to drive on the water and still have working ramps and uneven terrain under the water. The secret of how it's done is under the map.

Here you can also see the bomb target in the middle of the dam. On the left there is the all-mighty yacht, a slow moving craft with a bullet-proof wheelhouse and plenty of room below deck for drive by shooting action. Wow, just typing this makes me want to re-install Counter-Strike and play.

Comments
Wedge2006-10-17 00:23:40
Every time I try and hop the ramp in the yacht, I hang behind, and it goes over all by itself. I didn't really get a chance to play it with other people, but I expect it would probably kill everyone inside...