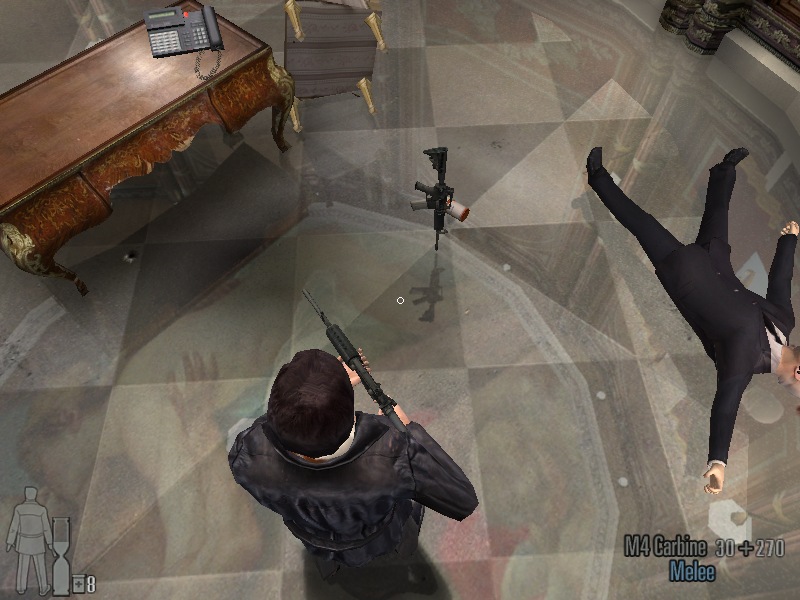 I shot some guy, he dropped his rifle and it landed like this, balanced on the end of the barrel.