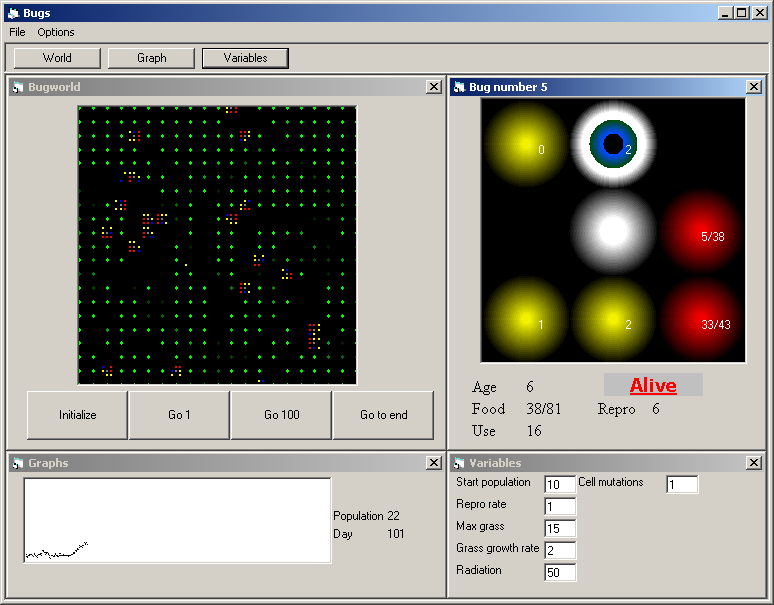 This is an artificial life program I made for my 8th grade science project. Each creature consists of 8 possible cells around a central mouth. Each cell can be a foot (yellow) which allows movement, a stomach (red) which stores food, or an eye (blue) which detects food. They run around, eat the grass, reproduce and mutate. It's not particularly sophisticated but it's neat.

I made this in visual basic 6 on a 486DX. On a modern machine a whole civilization of bugs whips by in a few seconds, but in '95 it could take hours. To get enough trials in for my science project, I hacked in a mode where it would run with no display.

One point during development I had a bug (the programming kind) where the "grass" on the edge of the field wouldn't disappear when consumed. This lead to creatures that just made a b-line for the edge of the screen and stayed there for ever. Genetic algorithms are great at finding flaws in the system.