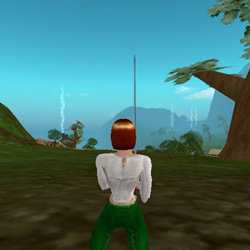 This was an attempt at a sequel to the popular Tribes RPG mod using the Torque Engine (still called V12 at the time). The idea was to develop the game in stages, the first stage being simple death match and then adding more layers on top of that. The DM concept demo is as far as the game ever got.

Multi-national dev teams are not easy to maintain.

I made the character and weapon models for this demo. Actually, I ripped off the proportions from the Tribes 2 player model so at this point I was basically still a bum. The concept demo has some cool features such as arrows sticking into people and head and arm dismemberment with the ability to use severed limbs as weapons.

We produced the concept demo for some contest or feature or something, I don't remember. It didn't get the traction we wanted and the programmer quit. This is when I decided that if I was going make games I would have to be able to do everything myself. I bought my own torque engine license and moved on. 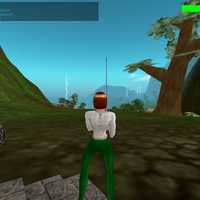 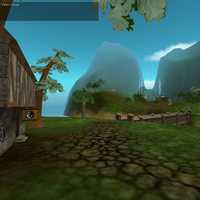 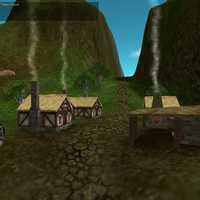