Hilarious and Original: Cat on TV 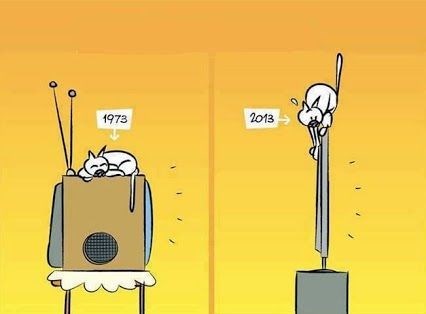 Oldest dates I could find with basic image search. I'm certain there are print versions of this comic that date back to the dawn of flat panels. 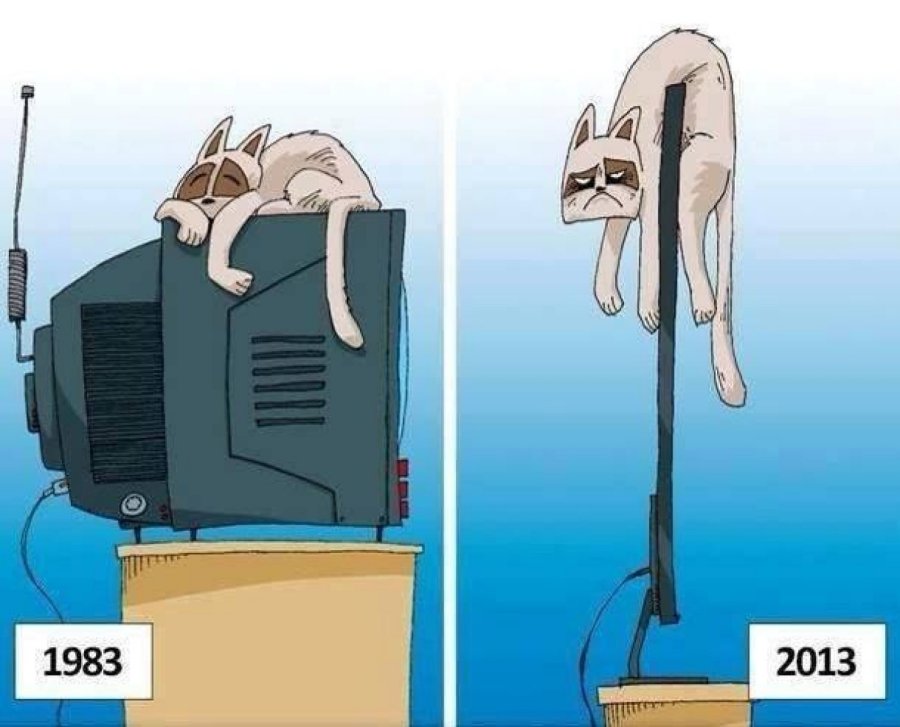 Many reposted versions of this one exist. Given how crusty the jpeg is, this is several generations from the original. 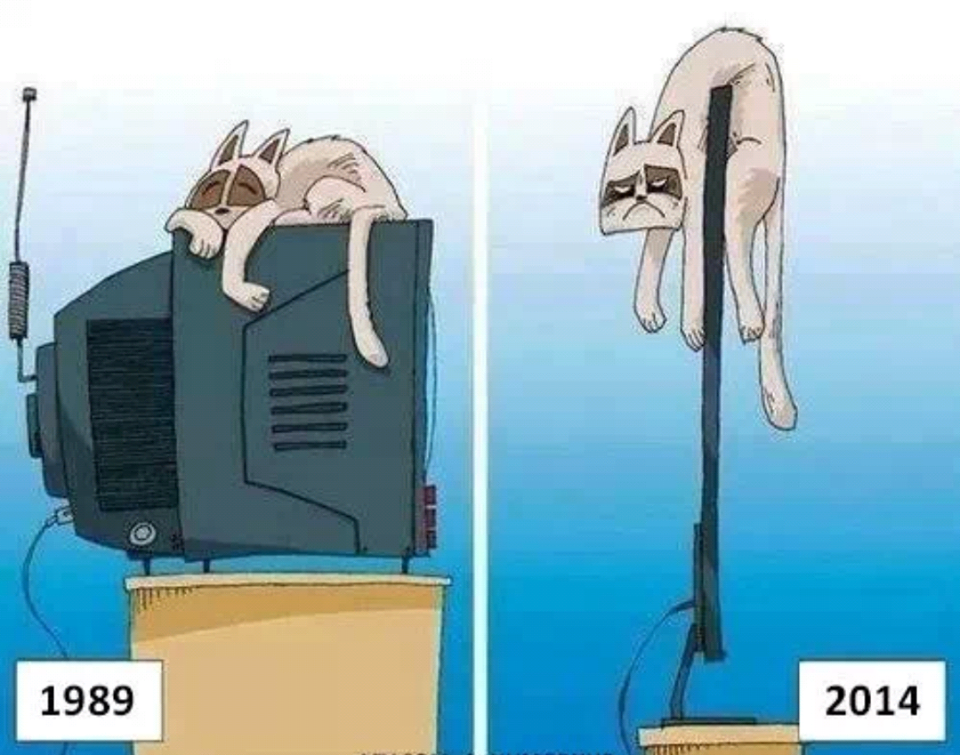 The same as above with edited dates. Interesting that they felt the need to bump the 'then' date up by 6 years while increasing the 'now' date by one. 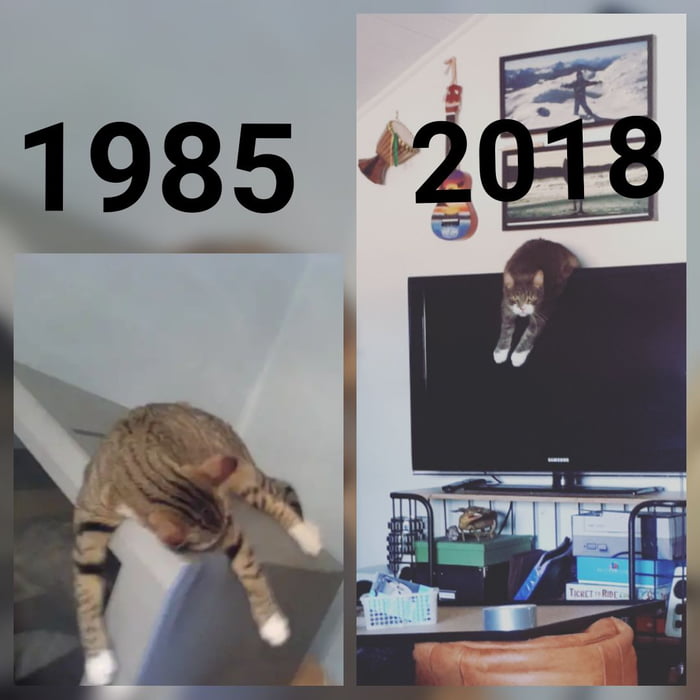 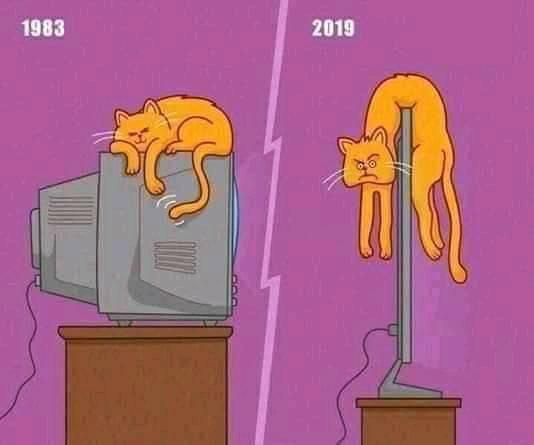 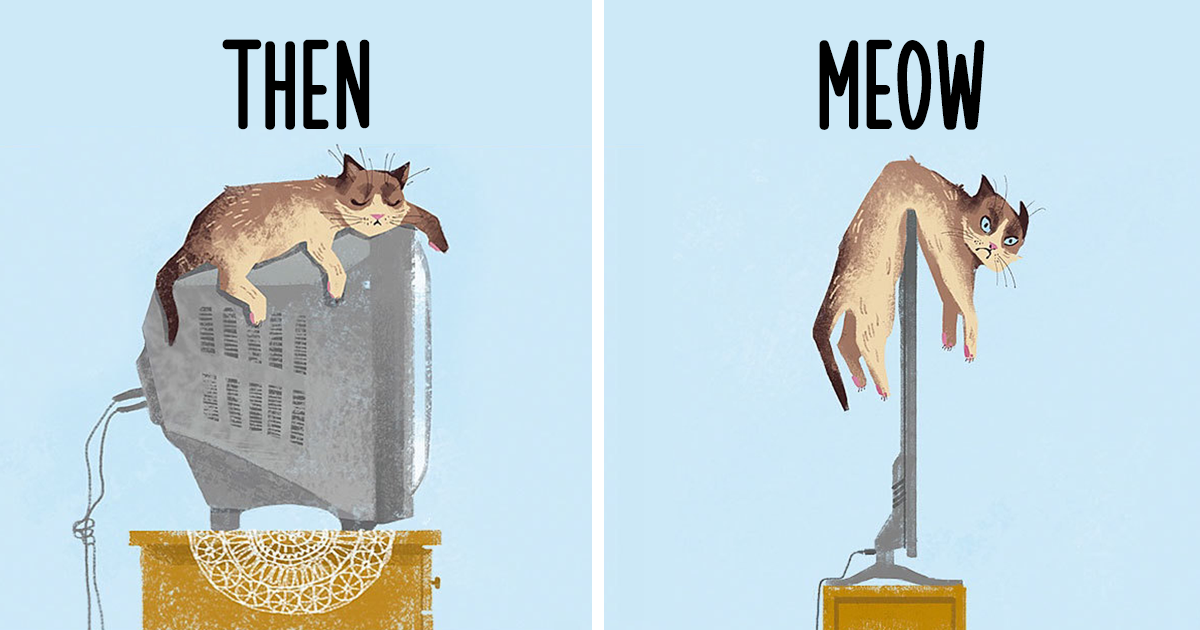 This one can be reposted endlessly without editing the dates. The 'author' really planned ahead. Bonus points for including a pun which is nearly the pinacle of humor, second only to sarcasm. 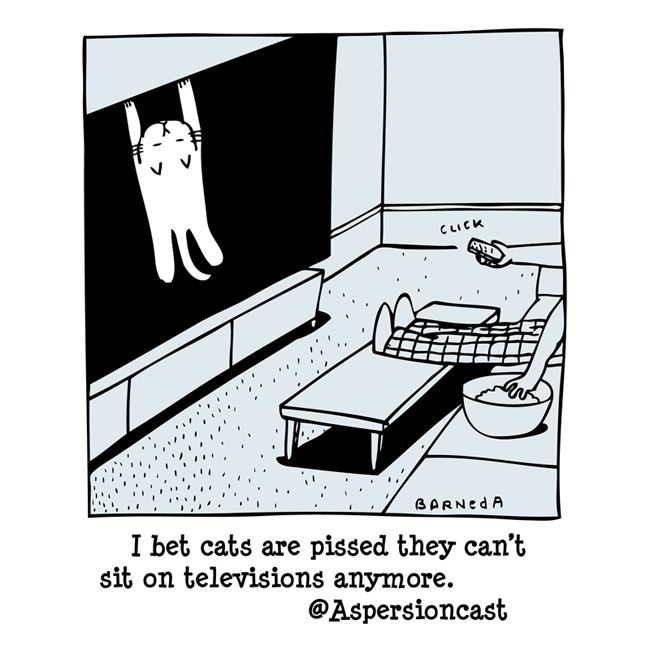 Who has time for 2 panels? Just explain the joke in the caption.