The Brown Ring of Quality

I have collected a number of logos that resemble a joke from Dilbert. I haven't gone out looking for these, I've just noticed them when going about my business.

Boss: When will you start?
Dogbert: I just finished. I call it the brown ring of quality.

It proved to be insightful and prophetic. 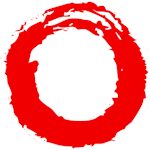 Lucent Technologies
Just a few months after the comic was originally published, Lucent Technologies, a spin-off of the supposedly-fragmented AT&T, changed their logo to something resembling a Brown Ring of Quality.

The logo is actually called the "Innovation Ring". That is not a joke. 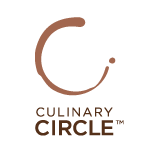 This is the most pure BROQ I have seen. It actually looks like a coffee stain. 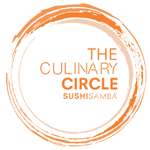 Sushi Samba
A sub-brand? I found this while searching for the Culinary Circle logo. 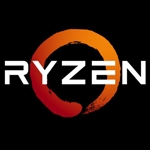 AMD Ryzen
Proving once again (along with the Gameboy and Wii) that it doesn't really matter what you name your product as long as it is distinct and the product is good. 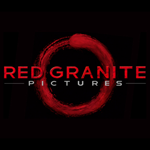 Red Granite Pictures
The production company behind the movie The Wolf of Wallstreet. 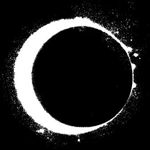 Shadow of the Tomb Raider
It's a stylized annular eclipse. Normally they use it to replace the "o" in "Tomb" (how clever!), but it is also used on its own.

I noticed it on an Eidos Montreal employee's shirt in this video.

Arrival
The aliens in the movie Arrival communicate with BROQs. (Spoiler?)

Firefox
Ok, it hasn't quite gotten there yet, but it's well on its way.

Unchecked minimalism will turn everything into a BROQ.