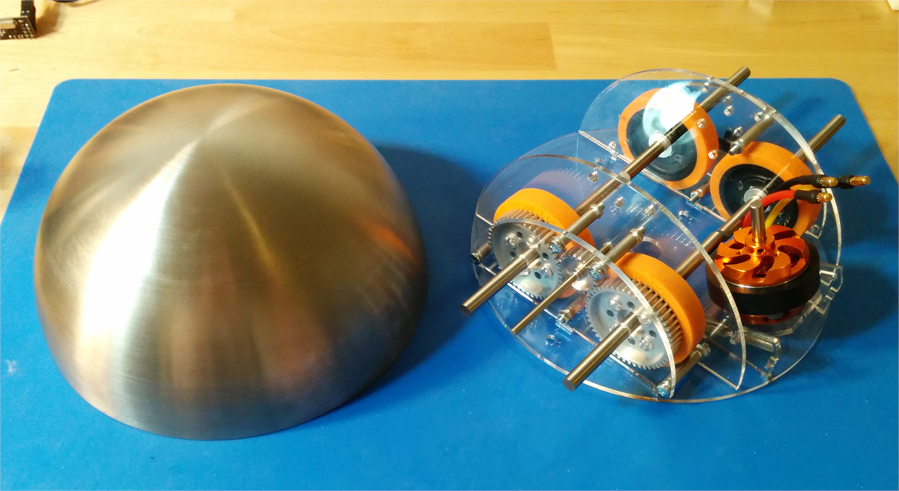 The basic design is a shell spinner. The stainless steel dome will cover the robot and spin rapidly. I'll attach some sort of teeth to the dome to do damage, or maybe an undercutter. I haven't figured that part out yet.