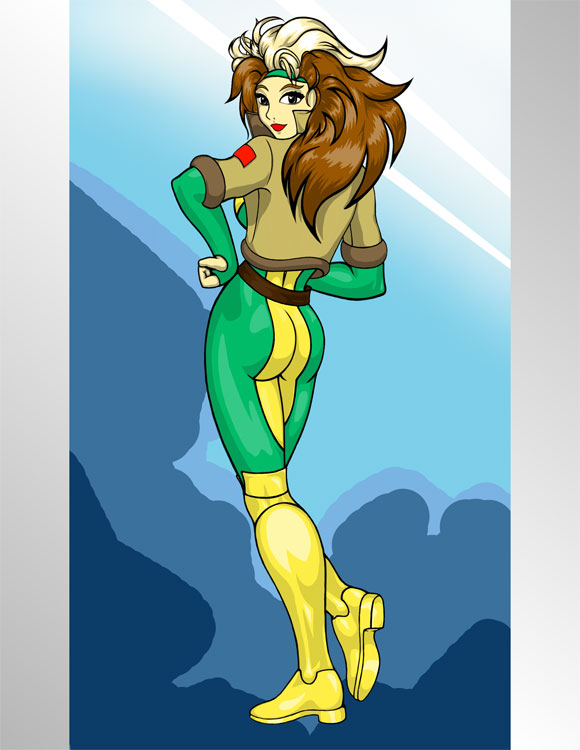 Rogue from the awesome fighting game X-Men vs Street Fighter. I made her from the sprite, but I had to change the proportions a lot because of the screen squish effect is severe in XMvSF and there was a bit of general wonkyness in the arms. It Probably would have been easier to just un-squish the sprite first, eh?