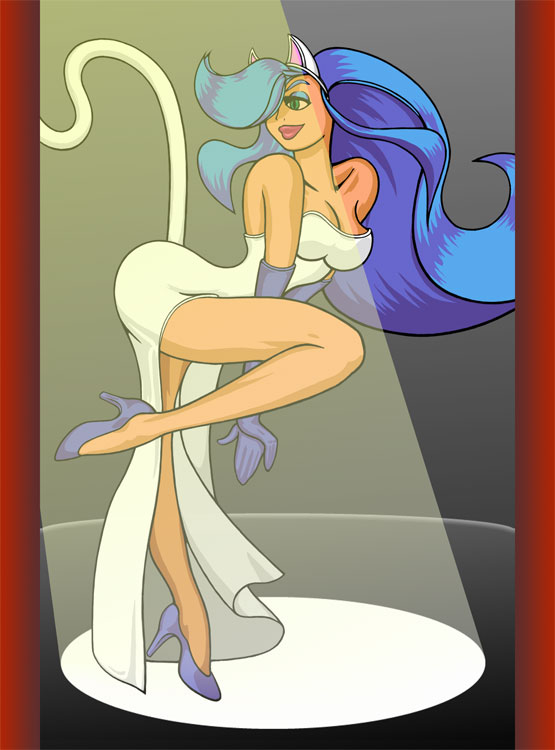 Felicia, a character from the fighting game Dark Stalkers aka Vampire Savior.  This picture was made directly from an in-game sprite captured from MAME with a few proportion changes.  I made this before I realized that the screen is squished in the emulator so she's a little short but it still turned out all right.