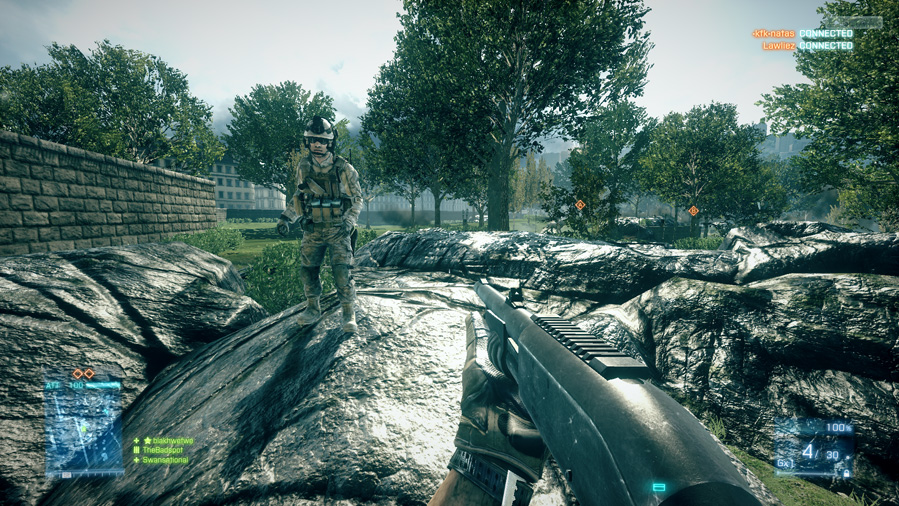 A bug where player names are not displayed in the Battlefield 3 beta, even for friendlies. On a related note, this is one of the highest entropy screenshots I've ever seen. I cannot see jack shit in this game, there is too much high-contrast shit being rendered.